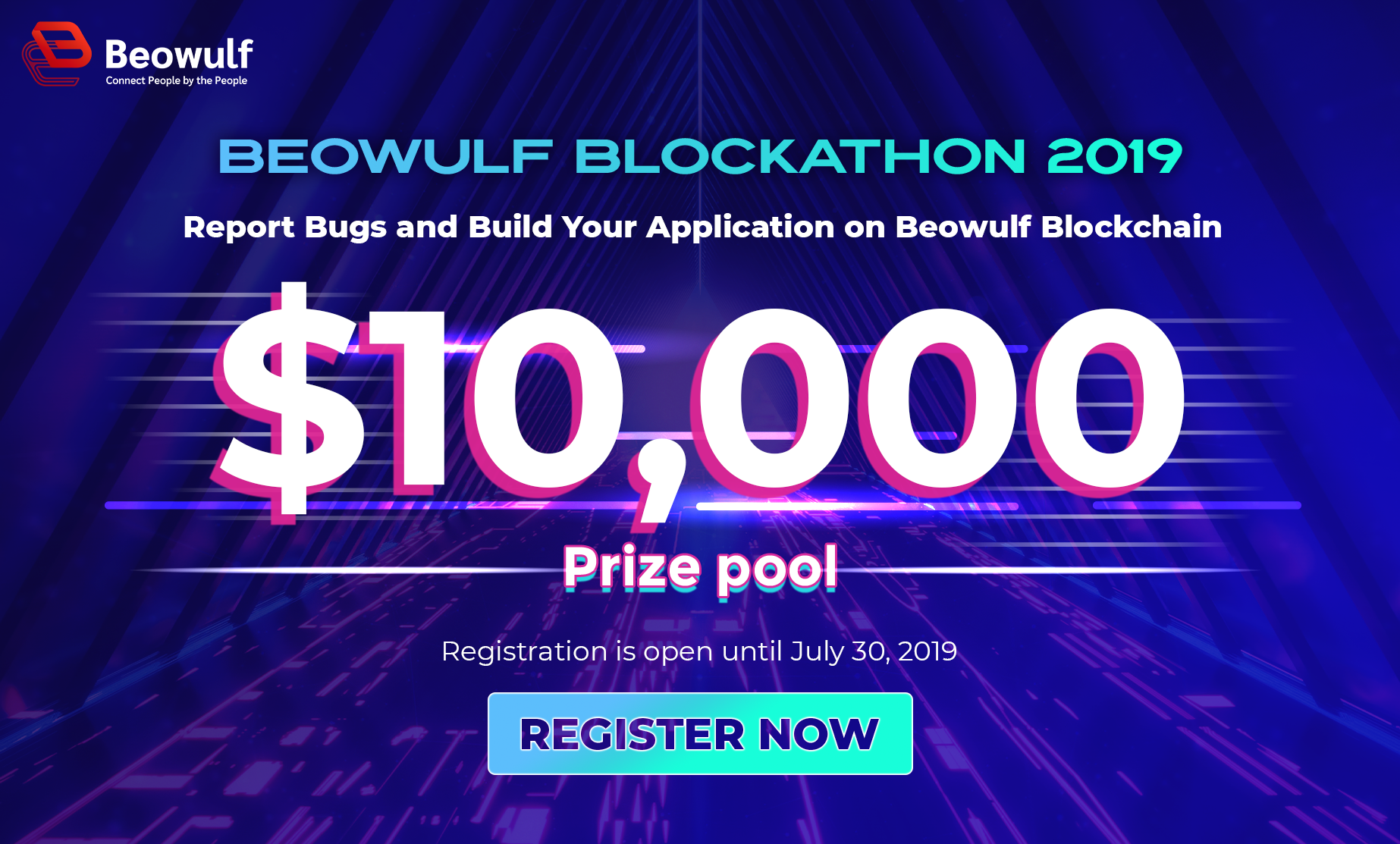 Decentralized cloud network Beowulf has announced $10,000 in earnings for the first phase of its hackathon to spur development of its native blockchain. Security researchers and app developers are incentivized to test Beowulf Blockchain for potential security vulnerabilities and submit their creations as part of Blockathon, an ongoing hackathon open to blockchain enthusiasts from around the world. A number of cash prizes are up for grabs for crypto-passionate IT engineers, developers, designers and students that demonstrate their creativity and make a positive impression to the leaders of Beowulf.

The Beowulf Blockathon is divided into 2 phases which are Bug Bounty and Application Building where participants are able to create native applications using an array of programming languages (Python, Java, Node JS, Go, Rust and PHP), that integrates with the Beowulf Blockchain API.

The first phase Bug Bounty will be hosted over a one-week period starting from August 1 to August 7, 2019. Experienced hackers worldwide will be challenged to identify critical software vulnerabilities within Beowulf blockchain’s code. On August 15, the top 3 teams will be invited to Beowulf Blockchain’s office to conduct a presentation day and be rewarded for their efforts on the same day.

Beowulf, which is headquartered in Silicon Valley, recently launched their first service on its platform: an application named QUICKOM that lets users generate custom QR codes to use for inbound communication. QUICKOM records every transaction on the blockchain, offering individuals and organizations improved privacy and connectivity.

Beowulf CEO Dr. William H. Nguyen expressed his hope that the forthcoming Blockathon will attract innovative ideas from up-and-coming developers. “These events always include a submission that questions your assumptions in some way, or that involve a use case you couldn’t have envisaged. The Blockathon is a fantastic opportunity for emerging developers to get together, put their creativity to the test, and show the many ways in which blockchain technology can be harnessed.”
Bright minds in the blockchain industry can register for free now, with teams of up to five encouraged to participate in the hackathon. More details are available here.

Beowulf Has a U.S. Patent Pending for QUICKOM Communication Technology

SINGAPORE, August 2, 2019 – Beowulf, a full-service B2B telecommunications company, announced that a U.S. patent is pending on its QUICKOM inbound communication system. The QUICKOM ...