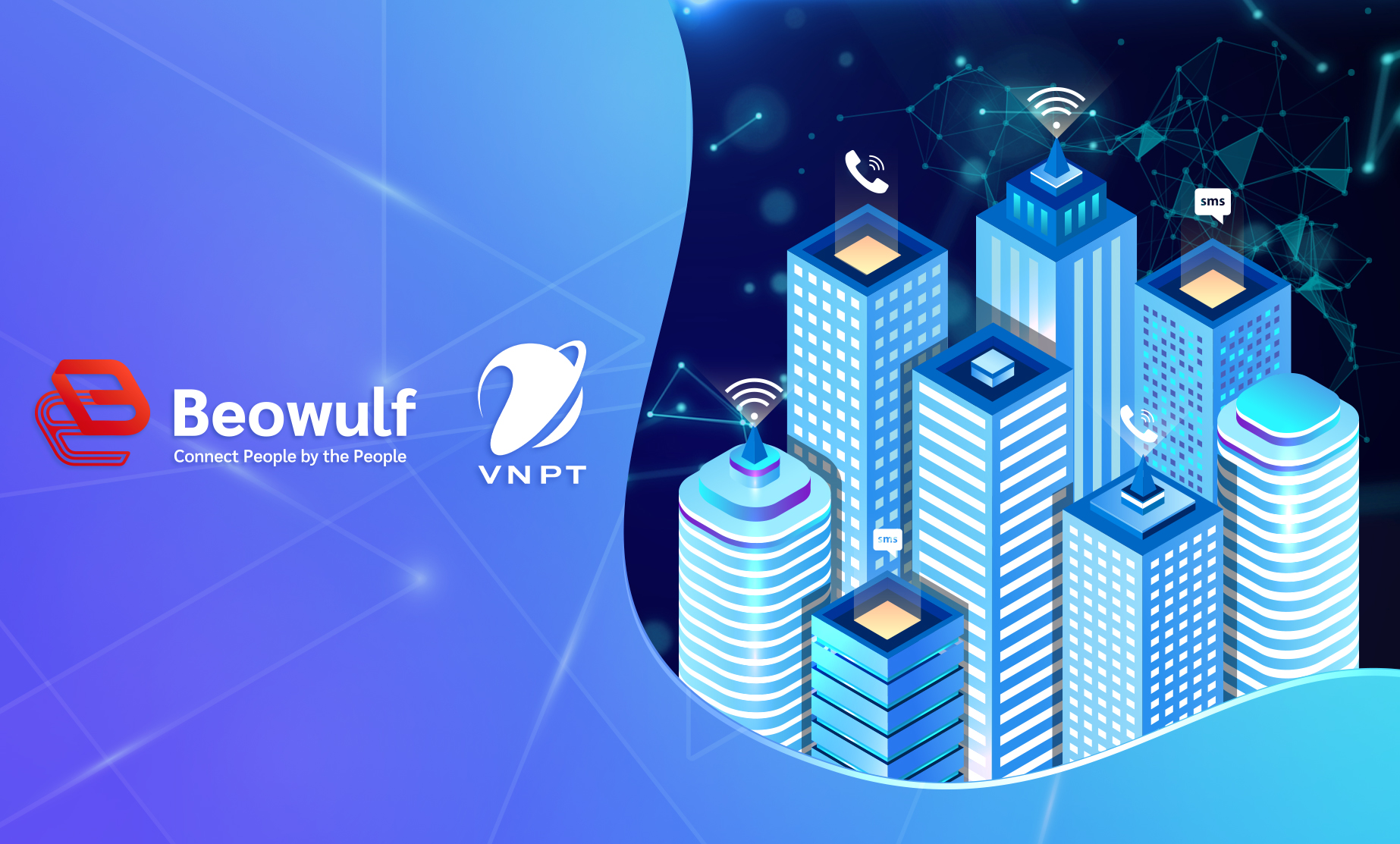 SILICON VALLEY, December 18 – The decentralized communication network pioneer, Beowulf Blockchain, today has announced a strategic partnership with VNPT, the most prominent post and telecommunication company in Vietnam. Through this partnership, Beowulf Blockchain will power pilot “Smart Travel” initiatives to the next wave of digital urban transformation through comprehensive communication and blockchain-based solutions, and a blockchain-based verification system for better data transparency.

As part of the partnership, a wide range of selected restaurants and hotels in the region will deploy an integrated suite of QUICKOM Call Center solutions to provide customers with seamless communication at every touchpoint of their travelling experience, from reservations and check-in to after-sales services.

QUICKOM by Beowulf is a US patent-pending technology which aims to overhaul cumbersome phone numbers for privacy and connectivity purposes. Replacing the traditional phone number — which could well create barriers for international travelers — this innovative platform lets users scan a QR code whereupon a call is instantly initiated, without the need for any software or download application. For example, travelers could scan a QR code or click on a company’s website,  or its Google search profile, using their smartphone camera.

As QUICKOM technology relies solely on internet connection, it provides an all-in-one solution which can replace a standard operator’s SIM, making it the only communication service travelers will ever need and save them from the excessive costs that they would normally pay when using a telco’s international roaming service.

In addition, QUICKOM arms hotel and restaurant personnel with a mission-critical analytics platform for management and operations – all from a mobile-friendly, and easy-to-use dashboard view. The platform has seen rapid adoption by global corporations and leading companies such as AIA, E-Teleconnect, as well as among over 35,000 merchants seeking to invest in advanced technologies, improve systems for integrating customer communications, and build management and professional operations teams without excessive costs for human resources and infrastructure.

Beowulf is also known for its publicly-run decentralized blockchain, the eponymous Beowulf Blockchain which utilizes Delegated Proof-of-Stake consensus and an intrinsic payment system.

While blockchain can greatly streamline many existing processes surrounding cross-border payments, and fraud detection, building and deploying enterprise blockchain solutions continues to be larger than anything one business can tackle on its own. In line with its vision to create real-world adoption for blockchain technology, Beowulf will power the development of decentralized applications (D’Apps) to facilitate better auditability, while bolstering process optimization by reducing costs of management, and furthermore improving trust in the way that data integrity can be guaranteed.

In particular, the pilot blockchain-based system can be leveraged to support an array of data from government, public, and academic sectors, including high school diplomas, university degrees and even land, or home ownership titles.

“Although such a system can also be built using other blockchains, Beowulf stands out due to its unique features in managing traceability and authentication requirements,” said Thai Van Nguyen, Director of VNPT Tien Giang. “Low transparency in the current practice for land registry provides an incentive for widespread adoption of blockchain rather than an obstacle; and we see several near-term applications for the technology.”

“A standard for the Beowulf smart city project will be the cornerstone of a new realm of blockchain-based solutions for smart cities,” explains Dr. William H. Nguyen, Beowulf Founder and CEO. “The partnership represents a major milestone in the commercialization of blockchain technology by providing a comprehensive path from testing in closed environments to production-ready real-time systems.”

As a leader with up to 70 years of establishing, developing and integrating Vietnam’s telecom market, VNPT is the first telecommunication service provider to lay the foundations for the development of the Vietnam Posts and Telecommunications industry. The company has also provided a key role in making Vietnam into one of the 10 fastest growing countries in this industry all over the world. Staying up to date with the global trends as well as the Industrial Revolution 4.0, VNPT is transforming itself from a traditional telecom provider to a digital service provider. Concentrating on developing human resources as well as digital solutions, VNPT is aiming to become a digital hub of Asia in 2025.

On November 8, 2019, Beowulf Blockchain is pleased to attend the Saigon Hi-Tech Park’s 6th Annual International Conference with the theme “Blockchain for Smart City”. In this conference, Beowulf ...