Beowulf and KStarLive, Global Leading K-Pop and K-Drama Media Company, Agreed to Jointly Develop a Platform to Connect K-Stars With Their Fans Around the World 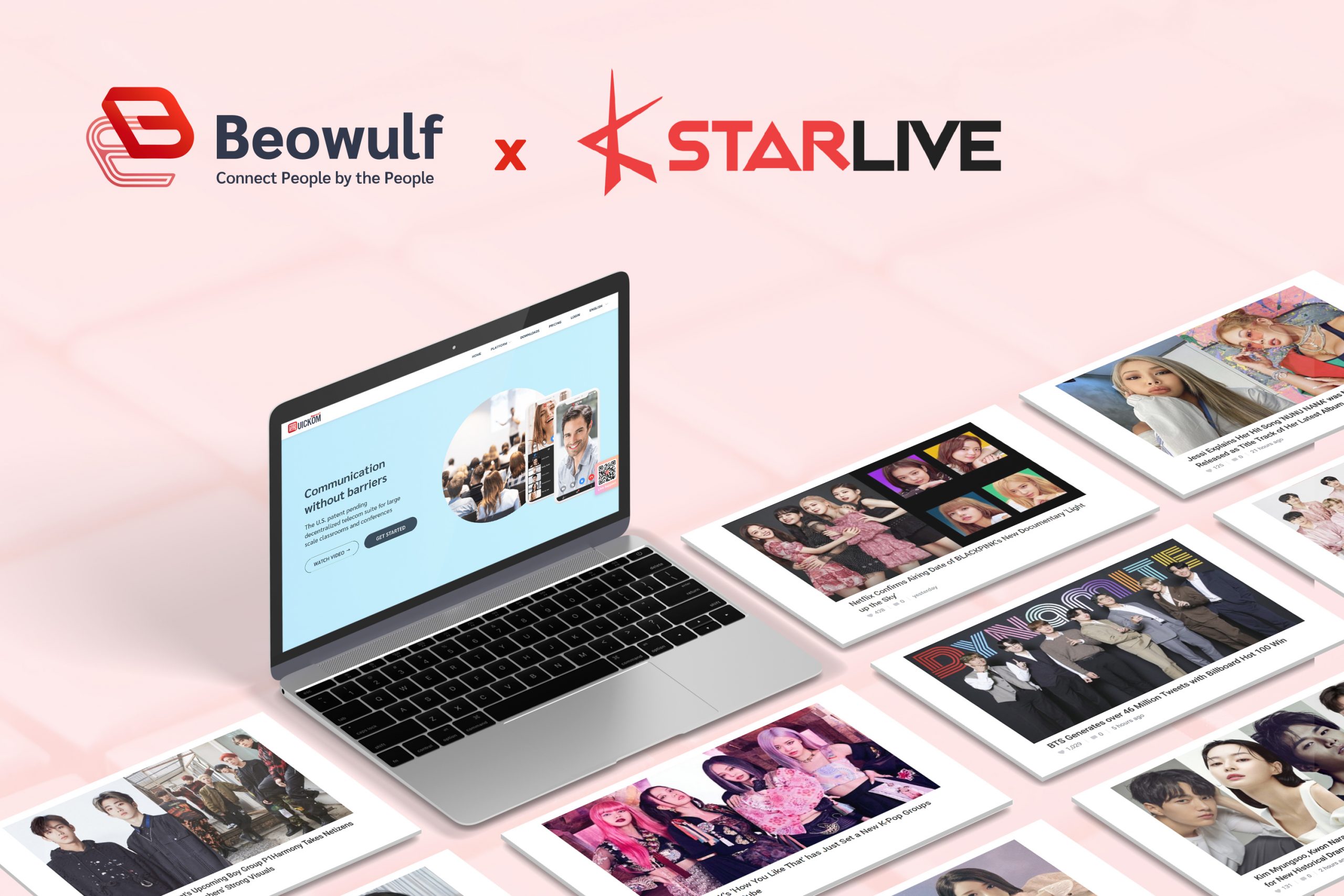 Beowulf Group, the leading innovator of the decentralized cloud network for communication services, announced its strategic business partnership with KStarLive, a global leading K-pop and K-drama digital media company, to enter into a joint business venture to develop an online platform to connect Korean pop stars and entertainers with their fans around the world using Beowulf’s QUICKOM communication technology suites.

Launched in May of 2016, this South Korean entertainment media company has grown to be one of the largest Korean pop and drama communities in the world with over 10 million subscribers. KStarLive’s content reaches, on average, 50 million users every month and generates over 5.5 million user engagements through its social media channels such as Facebook and Twitter. Partnering with major entertainment agencies and media channels, such as SBS Medianet, KStarLive produces and curates digital content and merchandise to serve their fans around the world. KStarLive is utilizing K-pop’s popularity momentum, led by K-pop superstar artists like BTS and Black Pink, to become a mainstream entertainment media and commerce company. This week, BTS’ new single album, “Dynamite,” topped the Billboard main singles chart for the second consecutive weeks, becoming the first-ever South Korean singer or group to reach the top of the world’s most competitive and influential music chart.

Through this partnership, Beowulf and KStarLive will co-develop an online platform to help connect Korean stars with their fans on mobile phones and desktop computers with the state-of-the-art online communication solution QUICKOM. This innovative communication toolkit can operate at a massive capacity of up to 5,000 users simultaneously, supporting seamless two-way interaction, faster connections, high-quality videos, and authentic sound. Users can access QUICKOM easily by scanning the QR code with the camera on their smartphone without any complex software accessories or new applications required.

Hee Yong Lee, Founder and CEO of KStarLive, said: “Avid K-pop and drama fans around the world used to and still want to travel all the way to Korea to spend a single hour with their stars. With the use of innovative technology like QUICKOM, we can offer such opportunities over online much more affordably and conveniently. I believe this will change how stars, not just K-pop and drama, interact with the fans around the world.”

Dr. William H. Nguyen — CEO of Beowulf Group — said, “We are excited to partner with KStarLive to bring Korean stars closer to their fans around the world and to bring smiles on their faces. This is a perfect example of our mission initiatives for our mission is to empower innovative businesses, to transform the lives of people into better, smarter, and healthier ones through effective communication.”

SILICON VALLEY, December 6, 2019 - Beowulf, the decentralized B2B communication network pioneer, is expanding its work by engaging over 50,000 members in an effort to accelerate business development ...

On November 8, 2019, Beowulf Blockchain is pleased to attend the Saigon Hi-Tech Park’s 6th Annual International Conference with the theme “Blockchain for Smart City”. In this conference, Beowulf ...

Beowulf Has a U.S. Patent Pending for QUICKOM Communication Technology

SINGAPORE, August 2, 2019 – Beowulf, a full-service B2B telecommunications company, announced that a U.S. patent is pending on its QUICKOM inbound communication system. The QUICKOM ...